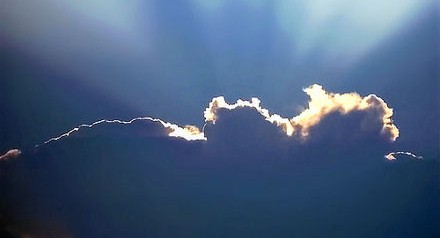 So one of the biggest things weighing down on my head with this whole transplant process I have to go through in order to get a kidney, is all the unknown variables.

What are these variables?

Well in order for me to get the kidney I have to extremely lower my immune system, more than a normal transplant. On top of that there were tests we needed to do to get an indication of how much treatment is needed, this would also indicate wether we should or should not go ahead with the treatment or transplant. Essentially we were going in almost completely blind, as these tests could not be done. There are other factors as well that I am not going to get into.

Why did things change?

My Nephrologist, Dr V Rekhviashvili just came back from a nephrology conference in Berlin. This conference had nephrology doctors and researchers from all over the world, sharing and presenting information on kidneys and transplants.

Dr V Rekhviashvili made a point of finding all the info he could on the desensitization treatment and plasmapheresis for transplant, even though this meant that he had to forgo many other presentations.

On his return he come to me on dialysis and explained his findings.

He said that there are no hard fast rules on how to go about transplanting with pre-sensitization as well as a lot of conflicting findings, as this is really a new way of transplant treatment for patients with high antibodies. He said that some info showed that the level of antibodies needs to be below 2000 units, some said 6000, others said they successfully transplanted people with over 10000. Other presentations explained that Luminex, which is a test we can do here is better than the DSA tests we were unable to do. Other presentations further explained that there are new cross-match bloods that indicate chance of rejection better than the ones we normally do, these tests can also be done here. Some presentations stated that the plasma treatment has no bearing on wether the kidney will reject or not. This is all quite summarized but the essence of what we discussed is here.

So why are my hopes up?

Because now we have a target to strive for as well as not such an unknown situation. and here is why. After all the info Dr V Rekhviashvili collected he has said that we can do three tests that with specific results will decide our next course of action, instead of making a decision on a hope or whim. The first test is called an Alysa cross-match, this is one of the newer tests , that indicates the chance of rejection. My doctor says that this test can be either positive or negative and we can still try for the transplant as it is very sensitive. The second test we can do is called a CDC cross-match, this is the cross-match that is normally used for transplant. Before we were going to chance a transplant almost irrelevant of what this result was. Now with the new information if this test comes back positive for rejection, we will not do the transplant as the chance of stopping it from rejecting is in fact still too high, therefore we need this to be a negative result in order to go ahead with the transplant. The third and last test that we can do is called an HLA Luminex test, This shows a count (in a Unit i think is called mfn) of antibodies in each specific reactive antibody I have against my brother. My doctor has decided that the most relevant information from the conference shows that all 4 specific antibodies against my brothers must show a count of under 2000 units in order to proceed with transplant, if any are over 2000 again we will not be transplanting as risk of rejection is once again too high.

All in all I would rather not transplant if the chance of loosing the kidney in he first few days is too high a risk. I do not wish for my brother Pavlo to have an un needed operation done just to loose the kidney anyway. not if the risk of that happeningis too high. Therefore a lot of my fears have been eleviated as we can now make a much better informed decision on wether to take the chance or not.

I would also like to thank my nephrologist Dr V Rekhviashvili for making a specific effort to find out this information and for all the help I have received from him and his team over the past 8 years.

One thought on “Spirits Uplifted!”